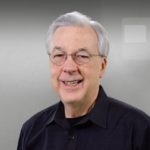 John Haggard is a native of Nashville, graduated from Montgomery Bell Academy high school, and attended University of the South in Sewanee, Tennessee.

He began his media career at the age of 16 as a disc-jockey in Nashville on what was then rock-formatted WKDA-FM and country-formatted WKDA-AM. John later went into sales and then eventually rose through the ranks to Sales Manager and General Manager at other radio stations including a TV station.

At one point in his career, John decided he wanted to represent the owners of businesses for all of their media needs, not just representing one or two stations, so he opened Revenue Developers in 2002 to create, negotiate, and audit all forms of media for his clients. Having the inside knowledge of media on how to use it for the advantage of his clients and having learned how best to develop advertising campaigns that work (hint: headlines are a major key to success), John understands how to combine traditional media and digital media to expand the sales opportunity pie for his clients. John also served as the Vice-President of Marketing for an office supply stationer which was later sold to Staples before he formed his company, Revenue Developers/Media Negotiator, LLC.

Bamboozled by your advertising results? Pricing inequalities and hiding under-delivery ratings points from you by media vendors is one reason you are getting hosed. You deserve to be fairly represented at the negotiating table and to receive “Wow!” advertising results. How? We create 1.) intrusiveness to catch attention, 2.) a credible offer that is too good to pass up, 3.) logic for your prospect to believe in your offer, and 4.) a sense of urgency to spend money now as opposed to later. Call me for a free, no-obligation consultation at (615) 646-9636.

Watch this 2-minute video to see how much you may be over-paying.

Visit our media samples page to see or hear media elements that have been highly successful as direct-response, call-to-action motivators.

Get a free copy of "10 Ways to Lower Your Advertising Costs"!